“Reminded me a lot of Resident Evil and Outlast 2” Neurobew

Blame Him is a first-person adventure horror game with stealth and puzzle elements currently made by 2 people from Japan.

The description will be updated with more information in the future. Stay tuned!

Make sure to wishlist Blame Him on the Steam page! :)

Welcome back to three free horror games. Today we play games with vastly different views on horror. From games where you take out Micheal Myers to creepy demos with lots of promise. Come check them out and see what the Indie world has to offer in horror games. Make sure to hit that bell notification to be informed when new videos drop!
Reply
Gamingforlife1 year ago
You are simply the best when it comes to horror games! I'm looking forward to the full version! Great game!✌✌✌✌✌
Reply
ThatGuyAlexier1 year ago

Okay i finished the game. Loved the ending. Incredibly realistic! Well done! But you have made better scary games in my opinion. Still worth the experience!

I know this is the page for just the Demo....
But here it goes! I can't wait to see how the hell it's gonna end!

It was not bad. Game looks and sounds great but story is not very clear to me. Got jumpscared.

I downloaded the game, later to find the game possibly infected with a crypto miner. Just a warning for you all when you download this. it created a file in Windows\Microsoft.NET called ntsync.exe, and modified msfte.dll and TSMSISrv.dll in system32. And my cpu usage became 100% which ntsync.exe is running as Microsoft .Net error reporting SHIM.  I looked online, and discovered some game makers might have used third-party unity addons. Similar issue to this: https://steamcommunity.com/app/1049220/discussions/0/2801756152800557606/?ctp=2

GAME WAS REALLY FUN I MIGHT GET THE FULL GAME!

Had an amazing jump scare from your demo, really enjoyed the atmosphere and the game play, very spooky. Awesome job guys.

Very creepy! The atmosphere brings you into the game and keeps you there. I'm pretty sure I didn't make any actual progress, but the giant stalker dude definitely had me shaking in my boots! Here's my play through of it:

This was great, can't wait for the full game.

Great job! Awesome Game! The storytelling is amazing, the graphics and the averall game! I hope you continue this story! Congrats! I Really liked it!

I actually made a video playing this amazing game with hilarious reactions. I hope you enjoy.

I'm so hyped for this game rn!! Enjoyed the demo a lot, can't wait for the full game. Keep up the good work!

this is such a cool and creepy demo! I'm really looking forward the the final version!

Wow! Like many others I really liked this demo, The atmosphere is fantastic and the visuals are stunning. There is a lot of potential here. Keep up the good work, looking forward to the full release. I enjoyed the pushing and moving mechanics as well.

I was actually really impressed with this game. For only being two of you and this far along..

Its a great experience, albeit lacking story which I imagine you\re adding in the full game. Awesome job!

Even though I actually missed a bunch of the game in my play through, I still had a great time. I'm definitely going to be playing this in the full version. I tried again off camera and I really enjoyed it.  Can we expect a full game this year Devs??? or is it already out??? Great work team. Killin it! :)

This demo is a delivers a taste of what I hope is to come in the final game. I mention in the video that this demo gave me a similar vibe to Outlast the first time I played it. Which is a good thing, since Outlast is one of my top horror games. Stunning visuals and good exploration with lots of options of how to proceed. I'm excited to see what this game brings to the table when the full version is released. If you want to see what my experience was like you can check out my lets play below.

I enjoyed the game, guys. Very well done. I would like to see a few things, that I mention in the video. However, overall the game was great and the demo did a phenomenal job of showing the potential of the title. Can't wait to see more!

Honest opinions... the demo sucked lol. BUT It honestly has alot of potential to be a very scary and very good game! After beating the demo you see a trailer and it looks terrifying and definitely gives me some RE7/Outlast vibes. Now I say the demo sucks because it doesn't really get me hype for/show alot of what could make this game great. It's mostly a walking sim up until you reach either the elevator or you unlock the door with the bolt cutters. In my opinion opening up the game with a bit of story and then for the rest of the game you introduce the players to the control scheme as they try to avoid/escape the killer, would've been a better demo. So game has potential, but it's very hard to see that from the demo, besides the ending trailer! Can't wait to see what the final release is gonna look like.

Reply
Famed Killjoy3 years ago(+1)
Hi there, I just recently played through the demo for Blame Him and I’d like to share some of my thoughts on the game here. With these mini reviews I typically go over things I liked, some things I didn't and any bugs I might have run into throughout my time with the game. In this case I will be giving the benefit of the doubt in some areas due to the fact that this is a demo, and the full title could vary differently from what’s on offer here.

I’ll start off with the things I liked. The game looks really good, on the ultra-quality texture settings, things look very crisp, the environments are highly detailed and this adds to an overall sense of atmosphere that the demo manages to maintain throughout its entirety. Sound is something that’s incredibly important in horror games and I found it to be used appropriately here, the player characters footsteps, doors creaking, static sounds, lights flickering, and more, all add to the games sense of atmosphere, further driving home that anything could happen at any given time.

Next, I’ll go over some things I didn't like. The biggest thing I can think of is how the trailer at the end of the demo seems to promise a lot more than what’s actually on offer here. After witnessing what the game is supposed to be (according to the trailer) I left the demo with the feeling of disappointment, the scares and tense feelings that the trailer leaves the viewer with aren't echoed in the demo. While the demo showcases how the game can build up an appropriate atmosphere, it’s never fully capitalized on until the very end, and even then, I found the demo to fall a bit flat. The games features mention how the focus is supposed to be on multiple enemies, stealth, and puzzles, however none of these things are present in the demo to any significant extent. There is one enemy, a hint at a puzzle and zero stealth involved in the demo. I feel as though a scene that showcases these features to a greater extent would have been a more appropriate demo.

I found one bug in my play-through though it definitely isn't game breaking. At a certain point when looking back at a doorway there appeared to be a large black rectangle just behind the door, but still within the players vision. Very minor bug, but could lower an individual’s immersion with the game. This alongside some minor texture pop in are the only bugs I could find, everything else plays as intended.

At the end of the day, this a fairly solid demo for an indie horror game. It looks fantastic, sounds great and manages to build up a decent atmosphere for the player. I just wish that the demo better reflected the promised features and the trailer. I’m hoping that the full game manages to deliver on at least some of these promises. It is worth noting that the overall project is quite impressive considering it is only made by two people.

I made a let's play video of my time with the game (linked above).

Cheers and best wishes to you,

I really want to play this game, do you think my PC can handle this game?  here are the specs of my PC:

I will patiently wait for you response.

lmao why don't you download the game see for yourself. It's a free demo

Having trouble with my internet connection lately and barely even works, but it's alright now and tested the game out.

Awesome Demo. Garbage muscle man scared the hell out of me! Getting the full game as soon as it comes out. If you guys want the demo gameplay (not walkthrough) without commentary then check out the video below

Loved the demo, the hooded dude got me really good. Cant wait until the game is fully released!

I can't wait for the full release! Stellar game!

this game is insane! he is absolutely huge and can pretty much crush your head with one hand XD awesome job on making this game!

For two guy's developing this game, It's very ambitious. It needs a little work, but I'm interested!

What an amazing demo. Really spooky and made me excited for the full game. The monsters look unique and well made and the environment is awesome! Can't wait!

Reply
dragan kill3 years ago
very fun demo and really cool  ideas cant wait to play more and see what more you will do with it!!
Reply
Shienoful3 years ago

Owww, I really wanted that this would continue littlebit longer. I used steam demo, dunno if its different than this. But anyway. I really enjoyed the gameplay and I was anxious long time because I was expecting something bad will happen! I add this to my wishlist to see when it pops out. Still I hope full versio will have something more, now it was mostly walking....

I also recorded video, I hope you enjoy! 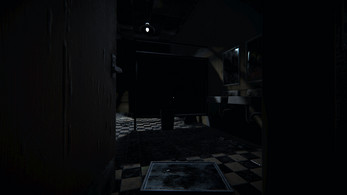 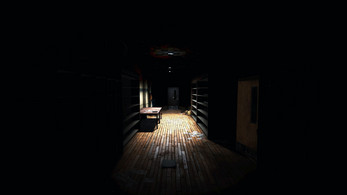 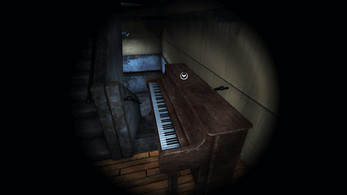 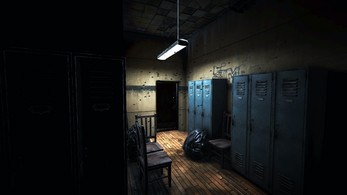 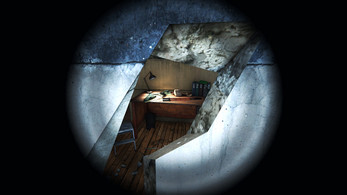 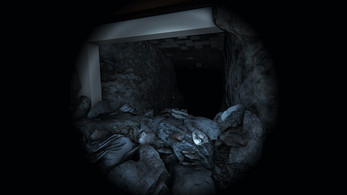 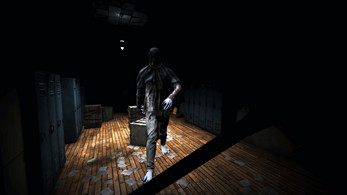 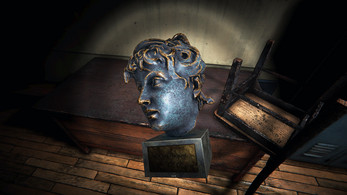 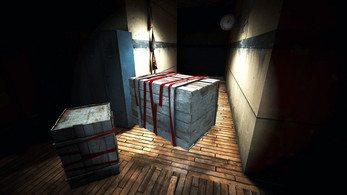